Crowdin apps are web applications that function remotely via HTTP. To an end user, an app appears as a fully integrated part of Crowdin. Once your app is installed, its features are delivered straight to the Crowdin UI. 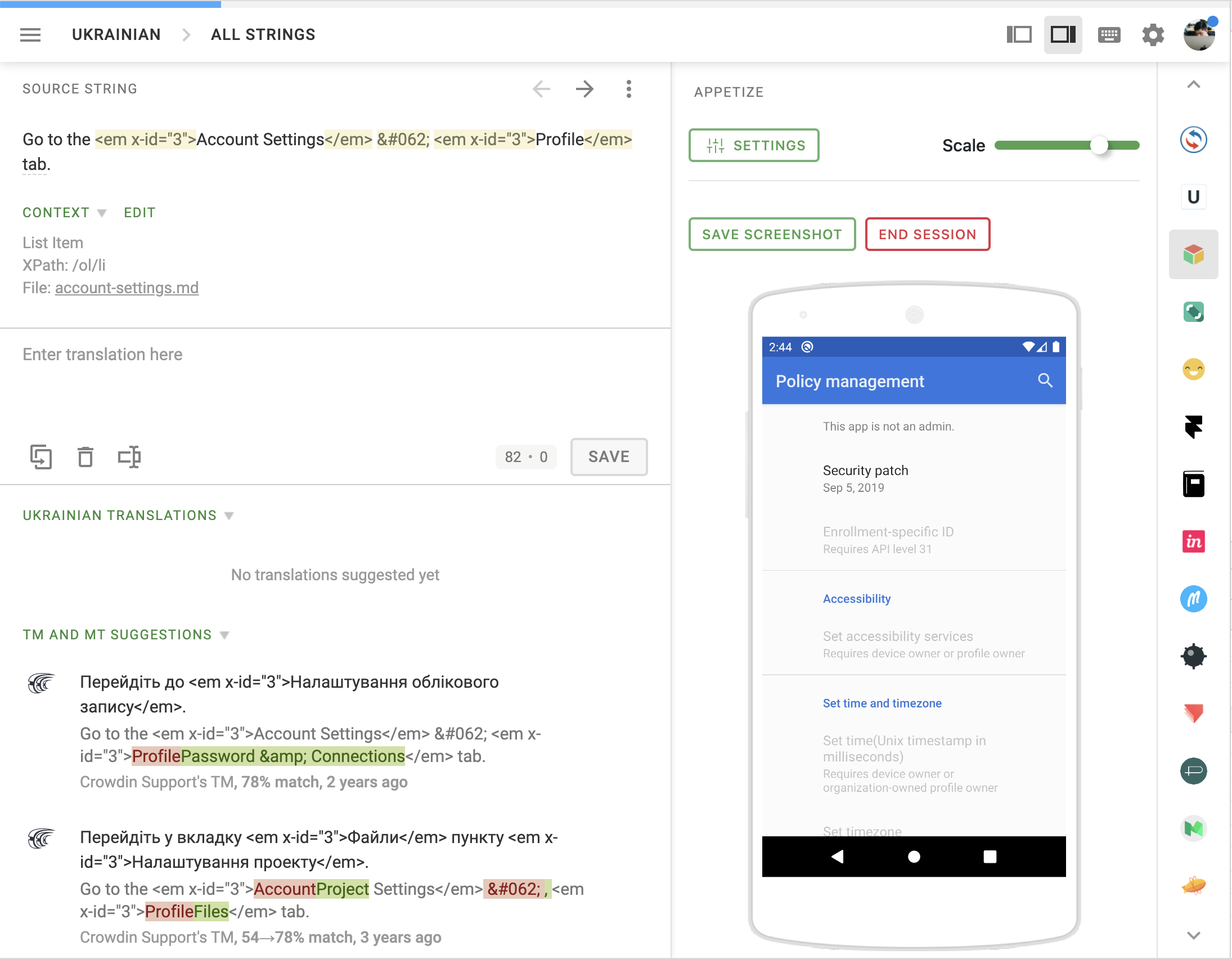 You can develop a Crowdin app using any of the preferred programming languages and web frameworks, and deploy it in many different ways. From massive SaaS services to static apps served right from a code repo, Crowdin apps are designed to let you connect anything to Crowdin.

The development of Crowdin App starts with creating an app descriptor. The app descriptor is a JSON file that describes the interaction of the app with Crowdin. The descriptor includes general information for the app, as well as the modules that the app will be using or extending. Basically, the descriptor is a middle ground between the remote app and Crowdin. When a Crowdin account owner installs an app, what they are really doing is installing this descriptor file, which contains pointers to your app.

The next step would be to implement the app functionality according to the app descriptor which implies the following steps:

Crowdin Apps communicate with Crowdin using our RESTful APIs. You can use the Crowdin APIs in Crowdin apps you develop for Crowdin, as well as in scripts, API clients, or other methods of making calls.

For improved interaction between the Crowdin app and Crowdin, you can use our library that provides cross-window communication. The library simplifies the interaction with the Crowdin interface, allows you to get additional information from the page where the application was opened, or manipulate certain UI elements of the page directly from the application.

After creating and testing your app, the next thing you need to do is to publish it into the cloud or any public server (for example Heroku, or any others) so that it’s always accessible to Crowdin and other users.

When you’re ready to share your app you can submit your app to the Crowdin Marketplace. This allows other users to install and run your app(s). Before you start developing your own Crowdin apps, you can take a look at a few examples. They showcase the integration between Crowdin Enterprise and external services like Mailchimp and SendGrid. Read more about Crowdin Mailchimp Example and Crowdin SendGrid Example.

Assistance from Our Team

Our team is ready to help you with the technical implementation of your app. Once your app is ready we’ll discuss how we can help you with exposure to our customers. For any guidance from our team contact us at support@crowdin.com.